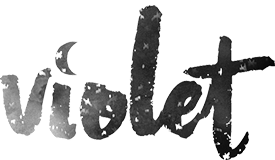 GO BACK
TO MENU

If you’ve ever given even just a thought to a secret beach elopement, this gallery is for you! Maggie and Tyler have been married for about a year but never got the beach photos in her getaway gown that they dreamed of, so despite already being married, the three of us eloped to El Matador Beach in Malibu, California, and captured some pretty special moments.

When shooting at a beach like El Matador, there are so many unique ways to use the surroundings to pose the couple, from the water to the waves to the giant rocks. There aren’t many locations like this where a couple can stand on a rocky outcrop with waves crashing around, and the most gorgeous sunset pouring over them! That setting sun cast the most breathtaking glow over the entire beach, and gave us some incredible shots of the couple.

We frolicked our way from sand to waves to rocks and back again, laughing at the sheer number of other photographers on the beach doing the same exact thing. It was clear this beach is a popular photo spot, and I can totally see why. Major props to this awesome couple, Maggie and Tyler were amazing to work with. They jumped in the water without thinking twice and were up for any of my wild suggestions for a great photo. Until next time, Malibu!

Your email address will not be published. Required fields marked *